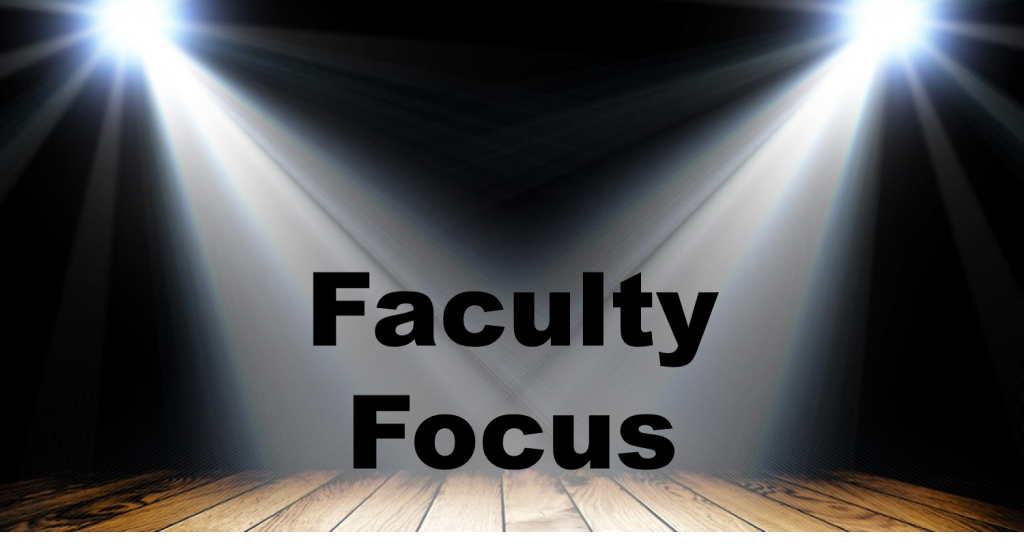 Rhea V. Almeida, MS, Ph.D., founder of Instituteforfamilyservices.com, is a family therapist, trainer and educator. Creator of a Liberation Based Healing Perspective in family therapy, Dr. Almeida is the author of numerous journal articles and three books: Expansions of Feminist Theory Through Diversity, Transformations in Gender and Race: Family and Developmental Perspectives and co-author of Transformative Family Therapy: Just Families in a Just Society. She serves on the boards of several peer review journals and is acknowledged internationally and nationally for her work on Intersectionality – in therapeutic and policy practices. She is a co-founder of the National Liberation Based Healing Conference currently in its 14th year!

In 2005 she received the American Family Therapy Academy Distinguished Award for Innovative Contributions to Family Therapy. She has been profiled in the Los Angeles Times, NPR, CNN and Pure Oxygen. Her recent book Liberation Based Practices, comes out April 2019, available on Amazon!

“Decolonizing strategies necessary to create Liberation Based Healing practices call for changing the lens and the language, and debunking the myth of healing through diagnostic codes, individual structures and the rigid bifurcation of individuals, their families, their context, and their healing spaces…Liberation based healing locates these complexities within a societal matrix that shapes relationships in the context of power, privilege, and oppression, and builds on the foundations of critical consciousness, empowerment and accountability.” Rhea Almeida – Liberation Based Healing Practices

Listen in as Dr. Almeida describes her lens on how to integrate liberatory consciousness into therapeutic practice and models and offers ideas on how to heal amidst colonial and historical injustices.

Jeffrie has extensive clinical experience and also has a private practice with varied clientele. She was appointed to the Michigan Domestic Violence and Prevention and Treatment Board by Governor Snyder in 2011 She helped develop local standards for battering intervention programs and was a member of the governor’s task force to develop state standards. She was active in the development and formation of BISC-MI in 1995. She serves on the board and was chair in 2001-2002. She chaired the Batterer Intervention Provider Standards Compliance Council (BIPSCC)for several years.  She is one of the originators of AQUILA.

Jeffrie also is employed part time at ADA (Alternatives to Domestic Aggression) in Washtenaw County, where she facilitates groups, trains, supervises staff, develops and refines curriculum for community and prison based programs. She participates in a variety of state and local task forces as well as providing local and national training and supervision for agencies and individuals who work with individuals involved in domestic violence. 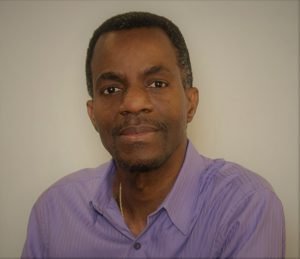 Ulester V. Douglas–
In addition to his work as Associate Director of Men Stopping Violence, Ulester is a psychotherapist with extensive training and experience working with individuals, families and communities impacted by violence. He obtained his undergraduate and graduate degrees from the University of Michigan, Ann Arbor, and in 2014 completed a three-year venture as an adjunct professor at Emory University. Ulester has provided consultation, training and keynote presentations in 40 states, Europe and the Caribbean to community-based organizations, universities, corporations and government agencies.

Ulester was honored by Lifetime Television for Women and the National Network to End Domestic Violence in 2003, The Ford Motor Company in 2012, and the City of Atlanta in 2017, for his work to prevent violence against women. He has also received numerous awards including a National Institute of Mental Health Fellowship in 1990, the National District Attorneys Association’s Stephen L. Von Riesen Lecturer of Merit Award in 2010, and the National Black Herstory Task Force’s Comrade Salute Award in 2004.

In 2015, Ulester was appointed as a commissioner, by Governor Deal, to the Georgia Commission on Family Violence. He has been interviewed by local, national media including CNN, The New York Times, NPR, The Tom Joyner Morning Show, News One Now with Roland Martin, The Al Sharpton Show, and The Atlanta Journal-Constitution. Ulester has authored and co-authored articles and curricula on family violence and other human rights issues, including the article “Deconstructing Male Violence Against Women: The Men Stopping Violence Community-Accountability Model” (2008, Violence Against Women, Sage Publications). 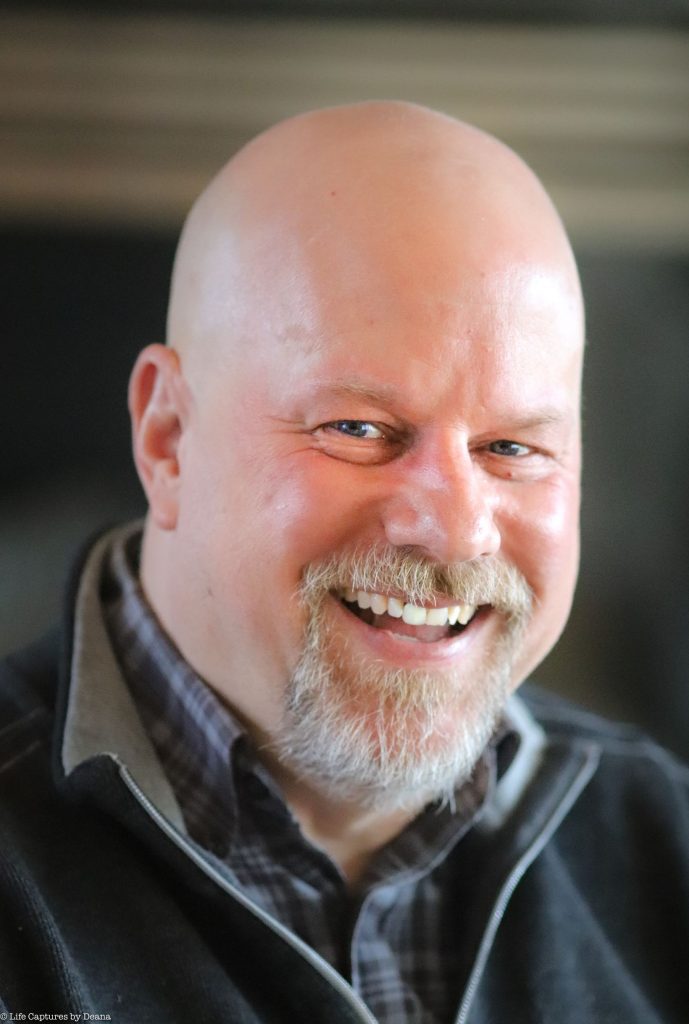 Chris Huffine: Chris Huffine, Psy.D., licensed psychologist, has worked with abusive men for the past 27 years.  He is the Executive Director of Allies in Change in Portland, Oregon. During his career he has worked with thousands of abusive men and dozens of female and male victims of abuse. He is considered to be a national expert on working with abusive men and has provided trainings around the country, including a semi-annual 40-hour training in Portland on the Allies in Change curriculum.  He is a member of the advisory group to the Oregon state attorney general to monitor standards for batterer intervention programs and of the Oregon Domestic Violence Fatality Review Team.

This webinar intended for mental health professionals will explore the dynamics of domestic violence, including types of abuse, controlling behaviors, power orientation in couples, and the importance of screening.

Read up on the Allies in Change Model before the conference
“The abuse we are seeking to address is on-going patterned coercive, reactive, and/or neglectful behavior that is causing significant emotional or psychological damage within an interpersonal relationship. We believe that most on-going abusive behavior stems from certain traditional masculine qualities unmitigated by certain traditional feminine qualities…”

Angelique Green-Manning, Abuse Interventions Program Manager. Angelique has worked at the House of Ruth Maryland since 2003. She held several positions in the agency’s Legal Clinic before making a career change and accepting the role of Abuse Intervention Programs’ Manager in 2014. Today, Ange is responsible for the agency’s two intervention programs, Gateway Project and Si Puedo.

She establishes standards of practice that ensure the goals, objectives and work effort of the program and staff are consistent with the mission of House of Ruth Maryland and advances strategic goals. She is responsible for maintaining program integrity within the agency and in the community. 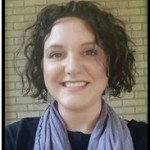 Lisa Nitsch
Lisa serves as Director of Training & Education for House of Ruth Maryland. She is responsible for oversight and development of the agency’s intervention programs for abusive partners and the Training Institute, which coordinates professional development for staff, external community education and professional technical assistance. Lisa oversees the day-to-day operation of these programs and new initiatives that improve the quality and scope of services.

Lisa has been with House of Ruth Maryland since 1998. She served as Vice President of the national organization, Women in Fatherhood, for over six years and as Chair of Maryland’s Abuse Intervention Collaborative for nearly a decade. Today she is an appointed member of the Maryland Governor’s Family Violence Council and serves on the Board of Directors for the National Resource Center on Domestic Violence.

Her current, but ever-changing, interests include developing programs for abusive partners that take an intersectional approach to addressing privilege and abuse of power, engaging intended service audiences in program design & development, amplifying the voices of and leadership opportunities for women of color in the gender-based violence field, and exploring community-based accountability models for abusive partners beyond the criminal legal system.

Her roots run deep in her hometown of Baltimore and they serve as the foundation for her appreciation for the City. She continues to work and live there with her remarkably patient husband, witty niece, and gentle pit bull.

Listen to a Local Radio Show Lisa was Featured on: “A Different Approach to Addressing Domestic Violence”
The piece works to answer the question: “Beyond arrest and incarceration, how can we reduce violence between intimate partners?”

Read an Article Lisa Was Quoted in this year…

“Parents who suspect their teenager may be in an abusive relationship have to find the delicate balance between under-reacting and over-reacting,” says Lisa Nitsch, Director of Education and Training at House of Ruth Maryland. 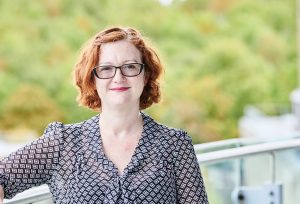 Nicole Westmarland is the Director of the Durham University Centre for Research into Violence and Abuse (CRiVA). Her research consists of around forty research and consultancy projects in the field of men’s violence against women.

Nicole Westmarland’s recent books include ‘Violence Against Women – Criminological Perspectives on Men’s Violences’ (Routledge, 2015) and (with Dr Hannah Bows) ‘Researching Gender, Violence and Abuse’ (Routledge, 2018). She is currently finishing a book with colleagues from the UK, Sweden and Spain about men speaking out against violence against women.

Nicole strongly believes that academic research should be used to create positive ‘real world’ social change and it is this that drives her personal research agenda. Nicole’s recent roles have included Special Advisor to the Joint Committee on Human Rights for their Inquiry into Violence against Women and Girls (2014-15). She held the voluntary position of Chair of Rape Crisis (England and Wales) for five years and has volunteered for over 20 years in local Rape Crisis Centres.

Project Mirabal
Project Mirabal is a seminal work that has contributed insight and clarity to researchers and practitioners all over the globe. Project Mirabal’s website describes the work as: “a major CRiVA research project which lasted from 2009 to 2015. Professors Liz Kelly (London Metropolitan University), Nicole Westmarland (Durham University), and Charlotte Watts (London School of Hygiene and Tropical Medicine) were funded by the Economic and Social Research Council and the Northern Rock Foundation to investigate the extent to which perpetrator programmes reduce violence and increase safety for women and children, and the routes by which they contribute to coordinated community responses to domestic violence…” To see a full report that covers the research addressed by Project Mirabal, click the link below or the graphic above.

Dr. Westmarland’s Newest Article: “‘It’s a Work in Progress’: Men’s Accounts of Gender and Change in their Use of Coercive Control”

Journal of Gender-Based Violence: “‘It’s a Work in Progress’: Men’s Accounts of Gender and Change in their Use of Coercive Control” 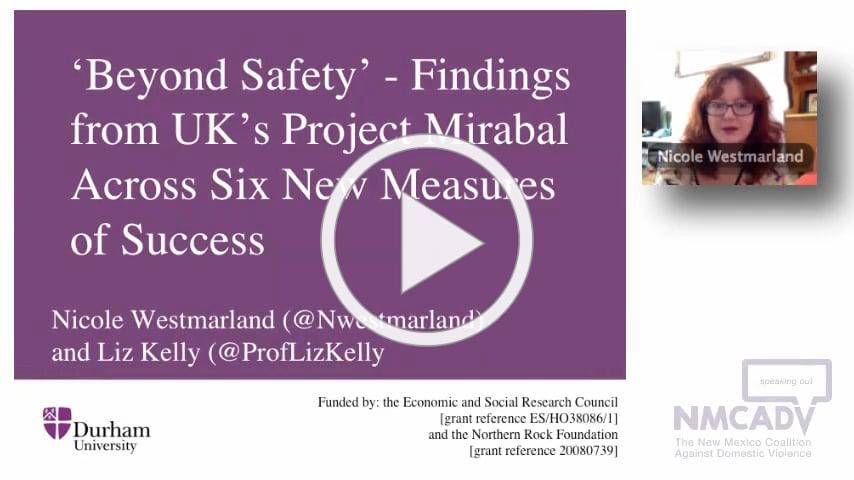