April 1997 we hosted our SECOND annual Statewide Conference at the Treetops Resort in Gaylord, Michigan.

May 1997 Governor John Engler formed the “Governor’s Task Force on Batterer Intervention Services Standards.” Governor Engler named as Co-chairs Shannon Brower, who was the Chair of the Domestic Violence Prevention and Treatment Board, and David Garvin, who at that time was a Co-Chair of BISC-MI.

Elections were held and the following were named as officers: David J.H. Garvin as Chair Elect, Peaty Hershberger as Treasurer and Michael Snyder-Barker as Communications Coordinator.

“Safety and Custody Issues In Domestic Violence: Understanding the Law is Key To Our Work With Batterers”

The 2008 Spring Training was an event held by the State Court Administrators office.

Beautiful Northern Michigan at Shanty Creek Resorts
Bellaire, Michigan
Over 320 registrants from 25 States and the United Kingdom were in attendance
NATIONAL FACULTY:

Offering a faculty of 40 experts from around the country

A partnership of Batterer Intervention Services Coalition of Michigan and the U.S. Department of Justice, Office on Violence Against Women

April 13th, 2012 Lansing, Michigan
Click Here for additional Information
Topic: Batterer Intervention Program (BIP) Contact with Survivors: Ethics, Risks, Complications and Strategies Summary: Survivor contact for a BIP is deceptively complicated. Michigan standards stipulate the: “BIP should have a policy and procedure for informing victims about the program. The BIP must caution the victim that the batterer intervention service does not guarantee the victim’s safety, nor that the batterer will change. In addition, the BIP must provide information and referrals to the victim. Victims always have the right to refuse contact with the BIP”. The ethics, risks, complications and possible strategies of HOW this is conducted will be discussed and illustrated throughout the day.
Revisiting The Intersection of Batterer Intervention & Substance Abuse November 1st & 2nd 2012
Livonia, Michigan 17th
Conference Location: Holiday Inn, Detroit Livonia Conference Center
17123 Laurel Park Drive North
Livonia , Michigan 48152
Summary: Knowledge is Power and Wisdom is the ability to apply knowledge in a useful and meaningful way. Revisiting the Intersection of Batterer Intervention and Substance Abuse is a conference which will bring practitioners from around the country to present, discuss, inspire and challenge our thinking in ways which will aid in the development of enhanced and additional means to our work, in ending domestic violence.
Conference Website Conference Materials

Training webpage
Location: Catholic Social Services of Washtenaw County
Address: 4925 Packard Rd., Ann Arbor, MI 48108-1521
Cost: $25.00 Member, $40.00 Non-Member
Includes Pizza and Salad lunch!
***6 BIPSCC Credits!***It is well known that people have different learning styles, and that the use of music, poetry, and video clips can make it easier to open discussion with program participants about various issues. This training is designed to expand participant’s familiarity with various forms of media and how to use them. Music, video, poetry, and stories will be shared. Discussion will be facilitated that includes ideas on how to incorporate these tools into current programming to enrich professionals understanding. 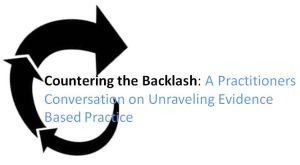 Advancing The Narrative: Inspiring The Future!

In conjunction with the 20th Anniversary of BISC-MI 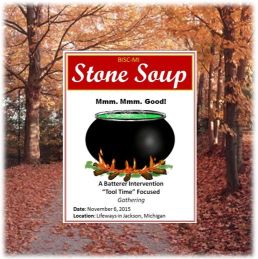 at Edward Village Hotel and Conference Center in Dearborn, Michigan 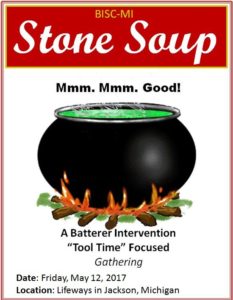 at Motor City Casino and Conference Center in Detroit, Michigan 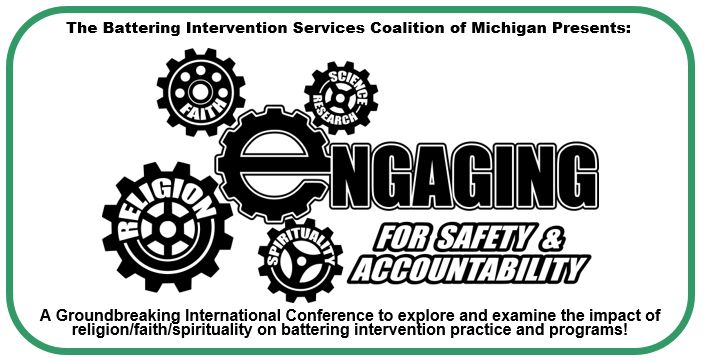 at Radisson Hotel Lansing at The Capitol in Lansing, Michigan